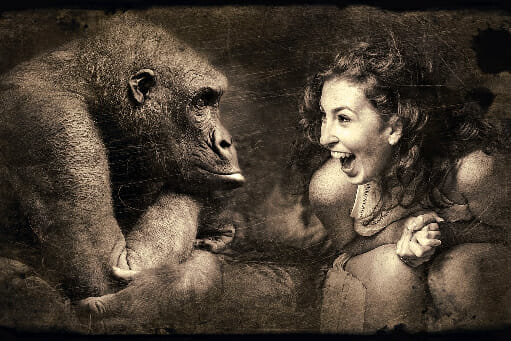 Epicureanism vs Stoicism: Polar Opposites or More Similar Than You Think?

Although Stoic and Epicurean philosophies are ultimately quite different, there’s one incredible aspect that links them.

They are both fundamentally therapeutic. This is a point stressed by Martha Nussbaum in The Therapy of Desire.

However, the exact ways the Epicurean and Stoic philosophers offered psychological healing through philosophy is strikingly different.

We can chart the differences through fragments, summaries and in the case of Epicureanism, comments made by the poet Lucretius (specifically in Book III of De Rerum Natura).

Both schools rose more or less at the same time in Athens. Their respective founders, Epicurus lived from 341-271 and Zeno of Citium from 334-262.

Their schools both worked to explain the mysteries of existence systematically. They did this by offering accounts of ontology, epistemology and the nature of human behavior.

They were also both ethics-driven, essentially seeking to help people experience mental tranquility (ataraxia for the Epicureans and apatheia for the Stoics).

But a major difference is that Epicureans did not allow for a god. They completely denied concepts like immortality or judgment after death.

So with these basic similarities and differences in mind, let’s dive in deeper.

As I’ve written elsewhere on this blog, Stoicism is fundamentally about virtues based on linguistic-bound logic. As Osler points out, the emphasis later shifts to ethics in medieval Stoicism, but the focus is still primarily derived from logic and language.

The Stoics drew upon reason in a particular way: the notion that matter was real. Fate ruled the world, but based on cause and effect. Thus, the Stoics thought that nature is rational.

And although some say that the Stoics did not believe in immortality, I don’t think this is strictly true. Aurelius talked often of the gods and they were not only immortal in his conception. They were part of oneness.

“For there is one universe made up of all things, and one God who pervades all things, and one substance, and one law, one common reason in all intelligent animals, and one truth; if indeed there is also one perfection for all animals which are of the same stock and participate in the same reason.” (Book Seven, Meditations)

This oneness is related to time and his conception that everything was absorbed into it eventually.

Finally, Stoics thought that our emotions were irrational. Rather than tolerate them, we are to engage in a kind of battle against them with the virtues as our weapons. This is quite different from the original ideas in Skepticism that some say Stoicism evolved from.

Whereas it can be said that Stoicism evolved from Skepticism, Epicureanism rebelled against it.

Skepticism encouraged self-reliance to a much stronger degree than Stoicism, but Epicurus tried to show that all of our senses are true. And we can get great relief by familiarizing ourselves with those truths.

As Dewitt explains in his comprehensive study of Epicureanism, the criterion of truth is based upon a “tripod” built from:

In this view, rationality had no special premium. We just need to trust our senses, the implication being that our inner world is more important than any external circumstance.

These ideas are probably best thought fallacious given what we now know about cognitive biases. Much progress has been made precisely because we no longer trust our senses, at least not blindly.

Epicurean dogma may be one reason my Epicurus tried to persuade his students from following other teachings. Cicero reportedly banned his ideas from the senate, the forum and the soldier camps. He may also have done this because Epicurus reportedly claimed that to engage in politics was to effectively surrender happiness.

Overall, the reliance on the senses meant a rejection of logic and science. The experience of the individual in the here and now was important above all. And this is why Epicureanism is often simplified as a philosophy of pleasure.

Epicureanism vs. Stoicism: The 5 Main Differences to Know

You may have already spotted some of the key differences in our discussion of Stoicism and Epicureanism.

One: Logic vs. Passion

Stoics placed a premium on reason. This choice stemmed from basing the philosophy on logic and the language used to run it.

Epicureanism thought this was a trap. As Epicurus points out in his writings, names are not conventions. They are the products of our feelings.

It is only later that conventions develop in terms of how tribes name themselves. But this doesn’t somehow make language logical or even part of the material world. It’s still embedded in the “tripod” and essentially essentialized as something to be trusted.

Frankly, the philosophy doesn’t make much sense. But it’s interesting and anticipates some of the ideas of George Berkely.

The cause and effect materialism of Stoicism couldn’t be more different than Epicureanism. Epicurus argues that the universe has multiple shapes.

This means that it does not feature unity, but is in a state of multiplicity and becoming.

Three: Cause And Effect

The Stoics were convinced that you reap what you sow. That’s why you want to practice the virtues and avoid creating your own suffering.

But Epicureans clearly didn’t take this seriously. In fact, they practiced usufruct, which allowed them to use the property of others when it appeared to be headed for destruction. And they thought they could do so without punishment, certainly not from the gods.

Stoics, on the other hand, entertained the notion that gods were real and potentially meted out rewards or punishments depending on your earthly behavior.

Four: Letters Between Friends vs. “Preaching”

Peter Sloterdijk has suggested that Stoicism was a philosophy of comfort. Successful people wrote letters to each other or to people they wished to council. In these letters, they shared their ideas about how to lead a good life.

Epicureanism was a missionary philosophy which probably influenced how Christians spread their faith.

Epicurus went so far as to counsel other people on how to write and talk about Epicureanism. He praised dogma and frowned upon speculating over matters of truth.

The quasi-religious implications led to many people wearing finger rings with Epicurus’ likeness. They also had portraits and statues of him in their homes, a practice that lasted for hundreds of years.

Sure, you see the occasional bust of Marcus Aurelius, but there is nothing like the cult about his philosophy or any other Stoic I know about. If anything, they were highly individualistic based on the influence of Skepticism.

Epicurus wrote in a particular way. He tended to pick a specific thesis and hold onto it consistently through a piece of writing.

He also wrote from generalities, gradually working towards specifics.

Stoics tended to write in the form of letters. Each letter was often very specifically focused around a virtue or life lesson. From there, these letters often generalized.

The writing styles are quite opposite in this regard. And since the students of Epicurus were encouraged to model his approach both in writing and in speaking, there’s much more uniformity.

But how Seneca writes compared to Aurelius is nuanced in tone and tenor, even if the genre is epistolary.

Should You Be A Stoic Or An Epicurean?

In this article, we’ve focused on the earliest forms of these philosophical systems. Before deciding to latch onto one school or the other, you’ll want to do more research, including primary and secondary texts on each.

Personally, I don’t think there’s much to Epicureanism. Many schools of thought hold pleasure as a virtue. And as Kavanagh suggests (in a roundabout way), Epicureanism winds up influencing, if not producing figures like De Sade.

In some ways, I think Cicero got things right. He was neither Stoic nor Skeptic. Rather, he wrote about both and wound up being just as influential.

And as Nietzsche pointed out, the Stoics believed in time, in God, and… there’s more than one Stoic.

In other words, both Epicureans and Stoics belong to a group. In terms of tools, the Stoics provide more, but anything that is good in them is usually found in other belief systems around the world.

So I would suggest that, like Cicero, we all just take in as much as we can and leave the labeling alone.

After all, it’s perfectly possible to practice philosophy without being one. They’re all just words in the end and both Epicureanism and Stoicism place way too much emphasis on words. It’s a classical mistake and neither seem to provide tools for avoiding its snare.